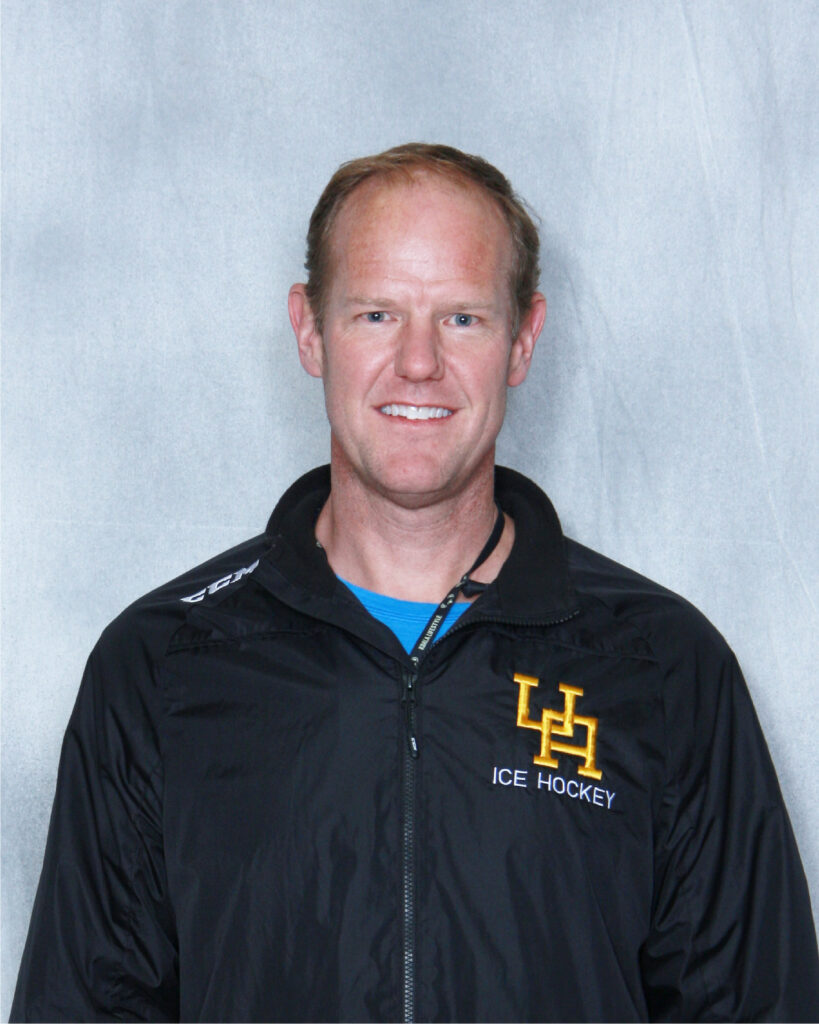 Coach Hoogeveen is looking forward to a successful fourth season with the Golden Bears. He grew up in the east end of Toronto, Ontario, where he played high school and junior hockey.  Coach Hoogeveen played varsity hockey at BGSU in its inaugural three years, and earned a bachelor’s in political science and geography. He went on to obtain a master’s in city and regional planning at OSU.

Derek is a Varsity coach focusing on skill development, systems and strategy.  He brings a wealth of knowledge and experience to the program.  Born and raised in Kindersley, Saskatchewan, Derek has had a long and prosperous hockey career.  He played for the Medicine Hat Tigers of the WHL before being drafted into the NHL.  His professional career spanned 11 years with the Columbus Blue Jackets, New York Rangers and Vancouver Canucks organizations.  He resides in Upper Arlington with his wife, two sons and a daughter. 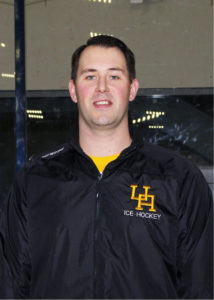 This season represents Brett’s fifth with the Upper Arlington hockey program. Brett is originally from a small town in Ontario, Canada and grew up playing the game at a high level. Brett’s playing career included a season of major junior hockey (OHL) with the Owen Sound Attack in 2003 and a provincial junior B championship with the Thorold Blackhawks in 2005. Prior to moving to Columbus in 2015, Brett coached three (3) years of AAA hockey in Hamilton, Ontario – focusing his teaching and development on the finer points of the defensive side of the game. 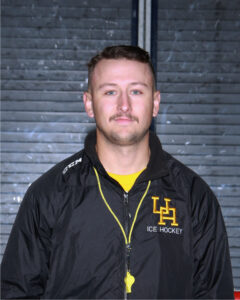 This season will be Coach Stephen Pileski’s third season with the Upper Arlington hockey program.  He was born in Detroit and raised as a huge Red Wings fan.  After moving to Columbus, he began playing hockey at the Chiller Ice Rinks and continued through middle school.  Coach Pileski enjoys playing in adult hockey leagues and can be found in the rinks two to three times a week.

Coach Pileski graduated from New Albany High School and attended The Ohio State University.   Stephen works as a real estate agent in Columbus and lives with his family in New Albany. 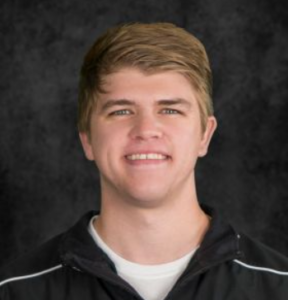 This season will be Coach Jake Ganger’s first season with the Upper Arlington hockey program.  Coach Jake Ganger joins the Upper Arlington program by way of the Westerville club hockey team, where he played during high school and coached for the past two years. Jake was born in Atlanta, but moved to Columbus at a young age and immediately started playing hockey. He continues to play today in both Columbus and Newark leagues.

Coach Ganger graduated from the Farmer School of Business at Miami University after attending Westerville North High School. He works at a digital marketing agency in Grandview and recently moved to Upper Arlington. 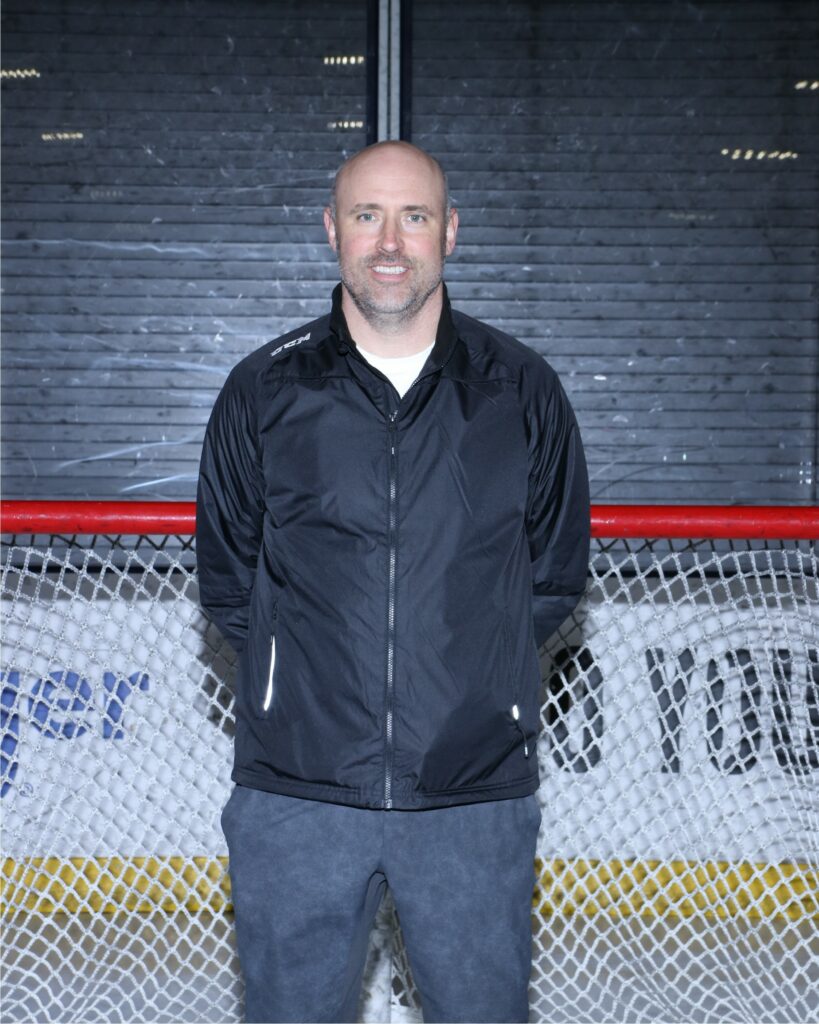 Coach Lanctot grew up in Minnesota and has enjoyed the game from a very young age.  After playing high school hockey he went on to attend St. Cloud State University earning a Bachelor’s Degree in Marketing.  Working in Financial Services, Nick eventually moved to Columbus where he was fortunate to find a thriving hockey community.  He currently lives in Columbus along with his wife and two daughters. 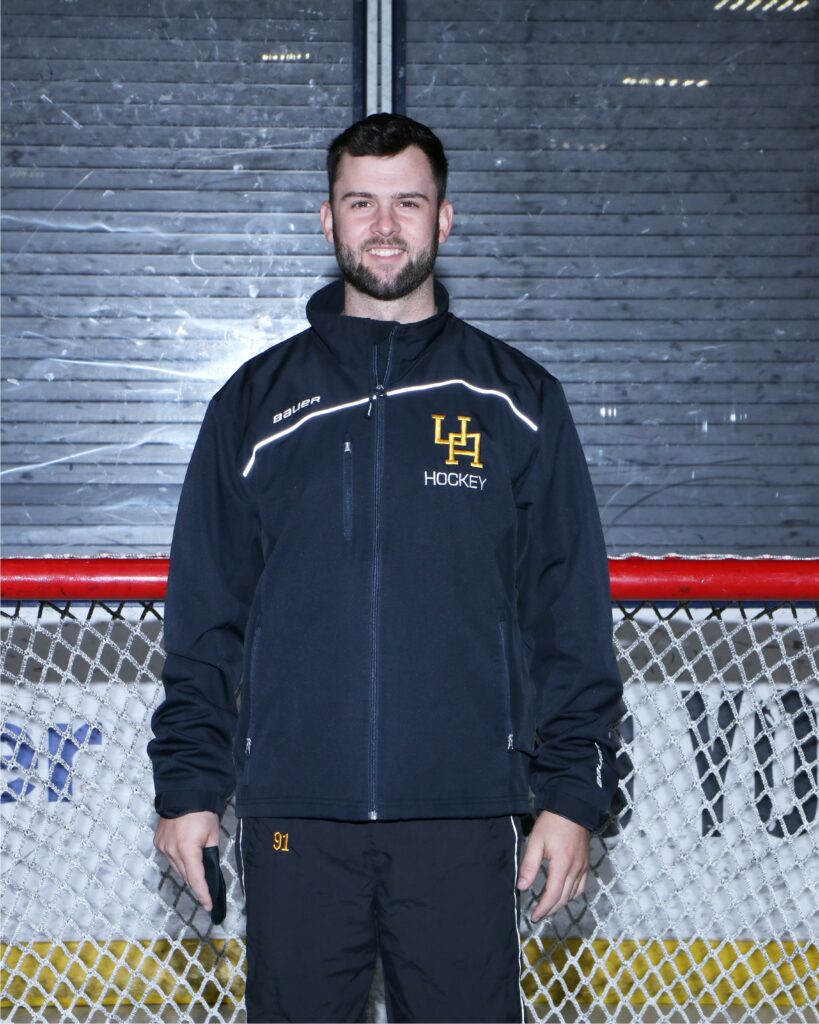 This is Parker’s fourth year coaching for the JV UA Bears. Parker is from Rochester, NY where he played hockey at multiple levels throughout his childhood and high school years. Parker lives and works in Columbus while his girlfriend Erica is finishing her PhD at Ohio State. 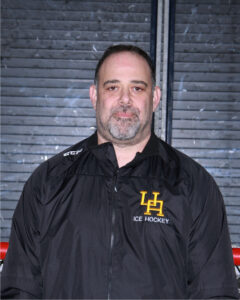 Assistant Coach Stephen Stern is returning for his 8th season with the Golden Bear’s hockey program. He served as a volunteer coach during his first two seasons with Upper Arlington Varsity and has been with the Junior Varsity for the last 5 seasons. Coach Stern has coached hockey in central Ohio for several years in various capacities, as well as officiating youth hockey, high school, college and adult games since 2013.

Coach Stern is a proud graduate of the University of California, Irvine. 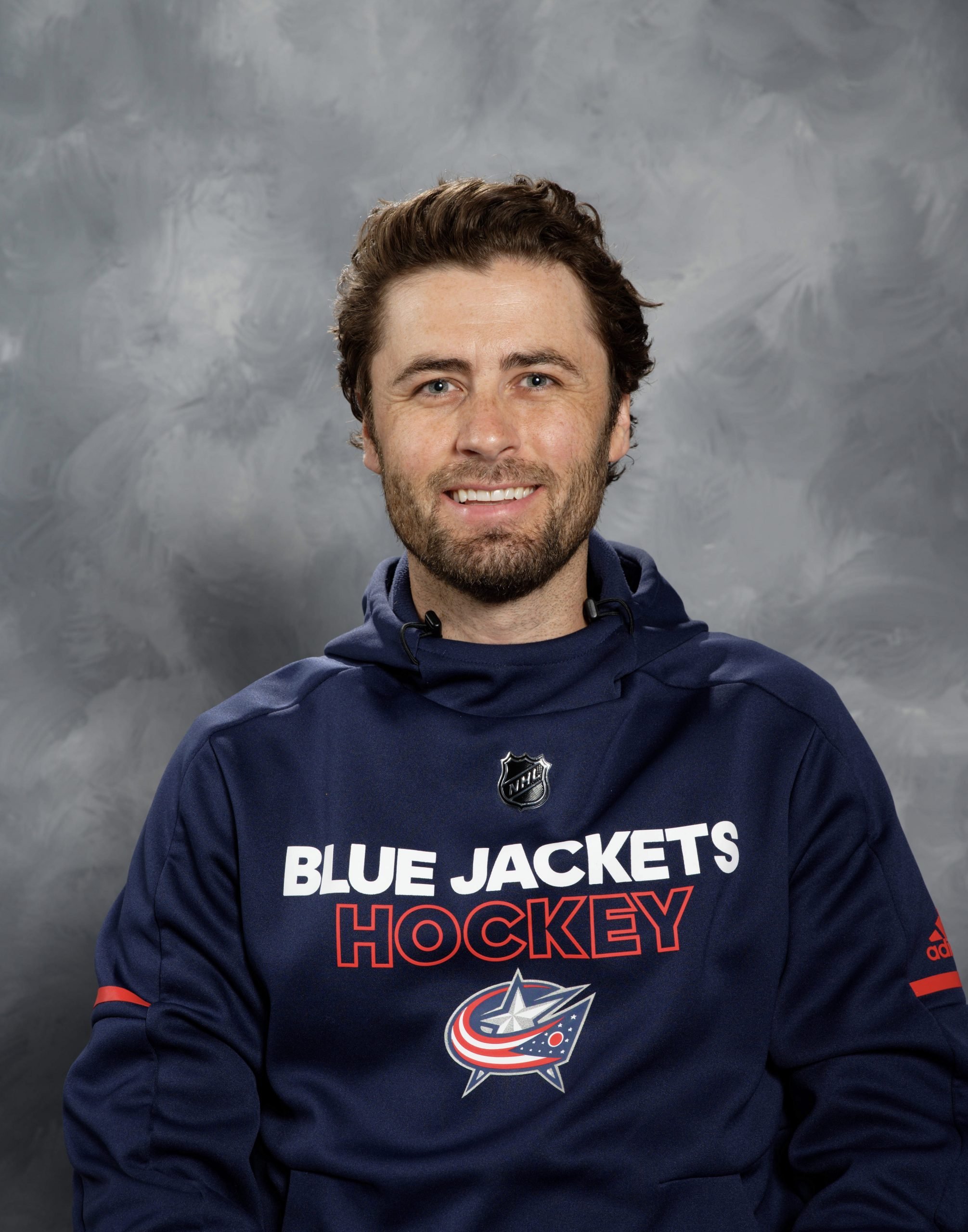 This is Lee’s first year as a skating and development coach with the Upper Arlington High School Ice Hockey program.

Lee Harris was born and raised in Harrow, Ontario Canada where he began his figure skating and hockey career at age three. In 2000, Lee moved to Hartford, Connecticut to concentrate on his figure skating career. He became the 2002 National Jr. Champion and competed in the 2002 Jr. World Championships in Hamar, Norway. Lee retired from the competitive figure skating world in 2006 after many senior international events and 6 national championships. After retiring from competitive skating, Lee began coaching skating skills to youth and high school hockey players. With his unique combination of hockey and figure skating skills, he quickly became recognized as a valuable asset to the higher-level organizations, and he began coaching players in the East Coast Hockey League (ECHL).

In 2011, Lee moved to Columbus, Ohio and quickly made an impact on both the figure skating and hockey organizations in the area when he founded the Lee Harris Skating System (LHSS) in 2012 and began running several skating camps and clinics. In 2014, Lee became the skating consultant for the Columbus Blue Jackets (NHL) and their affiliate team in Springfield, Massachusetts, the Springfield Falcons (AHL) which is now the Cleveland Monsters (AHL), in Cleveland, Ohio. Lee was a part of the 2015-2016 Lake Erie monsters (AHL) Calder Cup championship team as their skating skills coach. In the 2017-2018 season, Lee began his work with the Mens and women’s hockey teams at The Ohio State University as their skating conditioning/specialist coach. 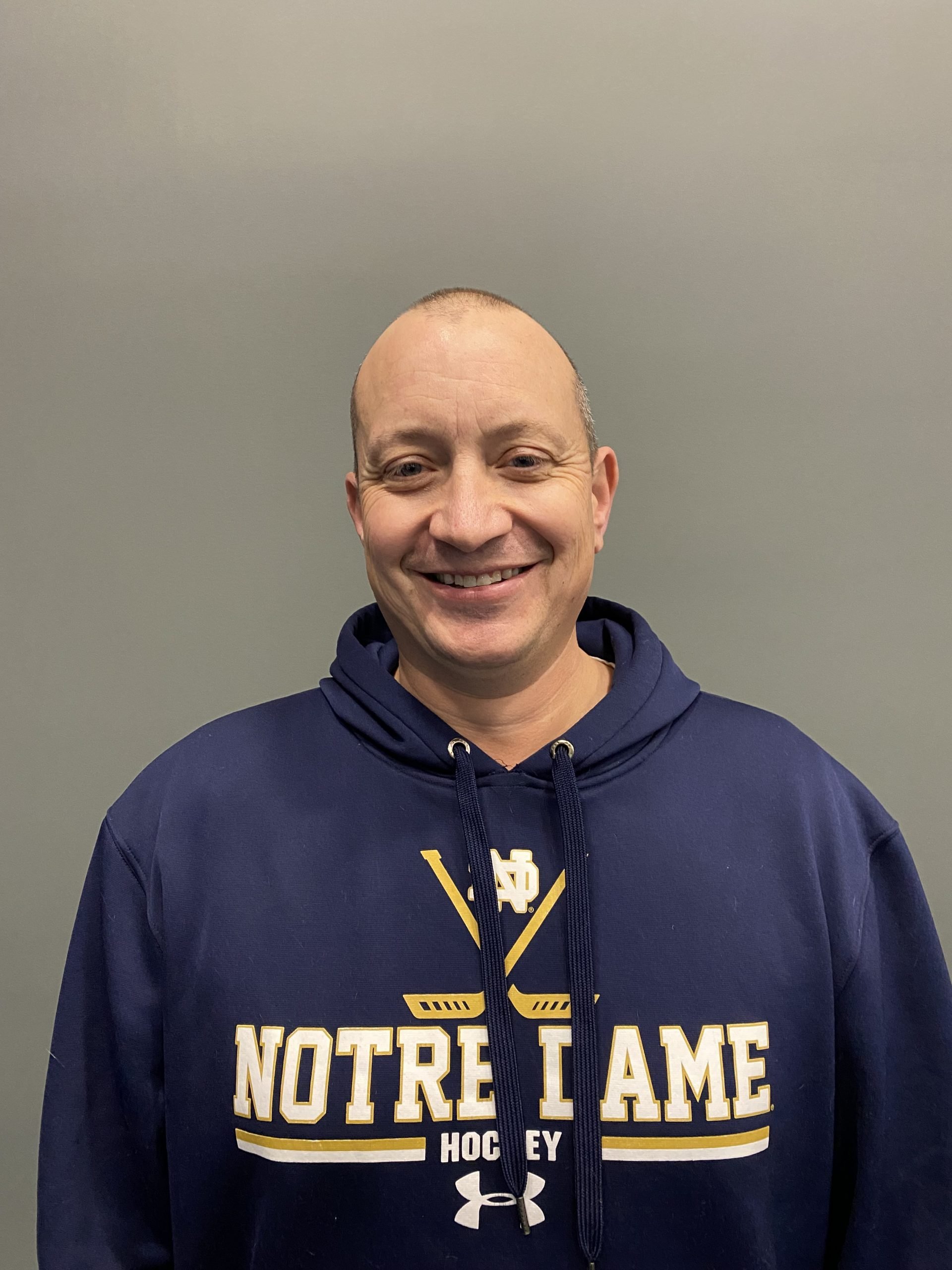 Coach Hagkull is excited to join the Upper Arlington Ice Bears as a skills coach. Originally from St. Paul, MN, he played high school hockey before moving on to play two seasons of Junior A for the Des Moines Buccaneers of the United States Hockey League (USHL) where he was fortunate to win a National Championship his final year. After juniors he was a four year letter winner for the University of Notre Dame where he graduated with a degree in marketing. Upon graduating he returned to Des Moines where he worked for two years as an assistant coach for the Buccaneers. Coach Hagkull has had the pleasure of coaching all levels of youth hockey including the U.S. Select 16 Festival.

Coach Hagkull works as the Regional Managing Director for Principal Financial Group, overseeing operations in Ohio and West Virginia. He lives in Upper Arlington with his wife Molly and sons, Brady and Connor.